Port of Augusta - Adaptation of a stretch of quay

The project consists in the structural adaptation of a stretch of existing quay about 150 m long already under way and approaching completion, intended to increase the quay’s carrying capacity so as to allow the use of 2 new gantry cranes. 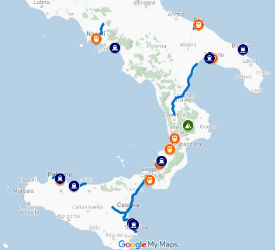